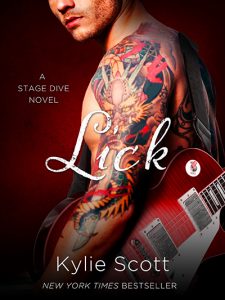 Over the holiday season, I read A LOT of books. So many. I tore through them because I could and because I was on a small break of my own. Today's books (that's right, plural) are just some of the ones that I read. These are the Stage Dive series by Kylie Scott.

Stage Dive is the rock-star-studded series about commitment phobic rock-gods, the women they fall in love with, and the major groveling these rock-stars do to keep these ladies in their life. These are cute books, heavy on the romance, a bit lighter on the music, but still fun to see these characters fall in love. If you pick these books up, I hope you liked them as much as I did.

What would you do if you woke up hung over in a Vegas hotel room married to a world famous rock star? Freak out sounds about right. Which is what Evelyn Thomas does. After parting ways with lead guitarist of Stage Dive, David Ferris, Evelyn discovers her life is never going to be the same. She and David need to navigate what the future holds and if they this is a marriage they want to fight for. Whisking Evelyn away to his private home on the coast of California, Evelyn and David spend the time getting to know each other...while slowly falling in love.

Quote "You make me tremble in fear, rest assured." The smile he gave me made me tremble, and fear had nothing to do with it. "BUt I married you, Evelyn, because you made sense to me. We make sense. We're a whole lot better together than apart. You notice that?" 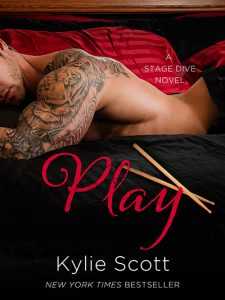 Anne's roommate just bailed on her. Took all the furniture and left without paying her portion of the rent. Anne needs to find another source of income. STAT. Mal Ericson needs a fake girlfriend...he's just not going to say why. After meeting Anne through their mutual pal, Evelyn, he's decided she'll be the perfect fake girl for him. In the span of one evening, Evelyn goes from roommateless to rooming with the drummer from Stage Dive. How on earth did that happen? What starts out as a simple agreement, turns into friendship, which turns into something more.

Quote We could deal with things alone. Of course we could. But it was so much better together. 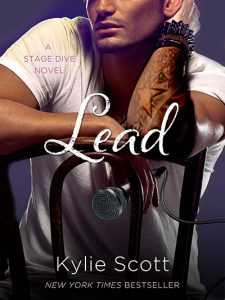 After getting out of rehab, lead singer of Stage Dive, Jimmy Ferris hires a live in assistant to help him stay out of trouble. Enter Lena. She's vibrant and won't back down, taking no crap from her boss. They don't always see eye to eye, but there is a growing respect between them. And for Lena, that growing respect turns into something more. As they spend more time together, both Lena and Jimmy struggle to keep their relationship professional despite their sizzling chemistry. Yet when Jimmy pushes Lena too far, he realizes he might lose her for good and needs to convince her to take a chance on him again.

Quote "I need you to come back with me, please." His breath warmed my ear. The heat of his body beckoned against my back. "I can't stand not having you there, not knowing what you're thinking, what you're doing, not being able to tell you things and share them with you. It's just...nothing's the same. i hate waking up without you and I worry constantly that you're okay, that you've got everything you need. Look, the truth is, I'm all about you, Lena. You're my best friend. You're my girl." 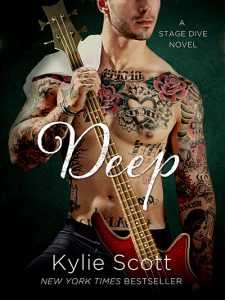 Ever since her sister, Anne, started dating Mal, Lizzy's girl-hood crush on Ben Nicholson, Stage Dive's bass player, has only increased. They flirt. They text. And in between their flirting, they both come to cherish the friendship they've built. As much as Lizzy knows Ben isn't looking for anything permanent, he makes her feel safe and cherished and desired. Ben knows Lizzy's off limits. He's Mal's little sister, someone he shouldn't touch no matter the chemistry between them. Yet one night in Vegas is about to change everything between them. A few months later and two positive pink lines, Lizzy finds herself pregnant and permanently connected to Ben. Now Ben and Lizzy need to learn what this new changes means for them and their budding relationship.

Quote "Sweetheart, you've been important since day one. Only girl I kept coming back to. Didn't matter how far I ran, I couldn't get you off my mind. Never been this way about another woman."