Review: The Wrong Kind of Compatible 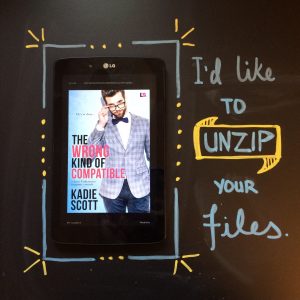 Nerdy and brilliant data analyst, Cassie Howard, has worked hard to achieve her career. She doesn't need help with her work, especially not from the new too-sexy-too-be-true data analyst. No man will take credit for her work, thank you very much. Now she just needs to tell her brain to stop thinking about him so much.

Undercover FBI agent, Drew Kerrigan's investigation has led him right to Cassie's (work) door. She's his best shot at discovering who is responsible for insider trading…and she just happens to be his lead suspect. He needs to get close to her, and all he seems to manage is to push her away.

However, as suspicious as they both are of each other, they can't deny their attraction either.

I love a good nerd falls in love with “popular” person as much as anyone. But what I love about this story is that we have two nerds falling in love with each other! And they're so…awkward! Cassie and Drew are both computer geniuses. They're good with computers, not so great with people. Drew talks with people like he's interrogating them. Cassie has a bad habit of unconsciously speaking out-loud what she's thinking. And between the two of them, there are a number of different moments when their computer talk sounds more like innuendos.

Which is part of what makes this book so much fun.

This book was witty and cute. From the moment these two meet, they stumble over each other, tripping over words and miscommunication. It makes for an automatic antagonistic relationship (which is one of my favorite tropes) yet, they can't seem to resist each other either. Their constant fumbling and bickering combined with the "forbidden attraction" adds a great push and pull to their relationship. They're cute. They're nerdy. They're each other's CSS to HTML.

There are some absolutely adorable and laugh out loud moments, and, as with all romance books, moments that had me hiding my face in my hands screaming, "NNOOOOO!!" By the middle of the story, I just wanted to bang their heads together and make them start kissing. 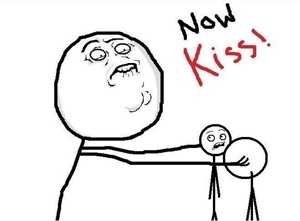 The second book in the series is now in my TBR pile and I have high hopes it'll be just as great as this one.

Outside of the romance, I appreciated Scott's acknowledgement to the struggle women have in the STEM/Computer Sciences world. One of the reasons Cassie is so antagonistic towards Drew at first is because she's worried the company brought Drew in to take over her job. "Why?" you might ask, because he's a man.

I'm married to a web-developer and through him have become friends with several women in the field. Sexism is an issue they all face. It's become so much of an issue it has started to be prevalent in the news (Google Manifesto or Susan Fowler formerly of Uber). Women often get overlooked for jobs like Cassie's because of their gender.

On a side note, if you're a woman at all interested in coding opportunities, take a look at these:

-Holy smoking hotness, Batman. No computer nerd has a right to look like that.

-Yep. The FBI would be documenting his technique for training purposes: What Not to Do with Women, A Study in Three Parts.

-She gave a brisk nod, turned, and pulled the door open. Then she angled back toward him. "Try to appear contrite and browbeaten like I've just been drilling you." She clapped a hand over her mouth as the implications set in. "Mother trucker. Strike that last comment."

-Drew reluctantly pulled back and smiled as she stood for a moment, eyes closed, face tipped up to him like a flower to the sun. It struck him that he'd like to be her sun—the guy that drew her closer with the force of gravity, who lit her up, who heated her to the core.

If You Liked This, Read This...

Level Up by Cathy Yardley