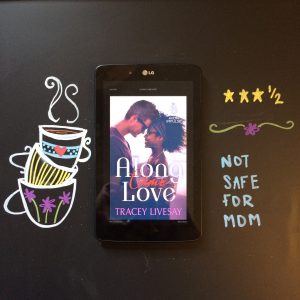 When a silly, impulsive decision lands free-spirited India Shaw behind bars in San Francisco, she has no choice but to call the only person she knows in the unfamiliar city—the very man she abandoned after a steamy two-day fling. The fact that she's pregnant with his child is something she'd rather not divulge.

Tech executive Michael Black never thought he'd hear from the quirky beauty after she left his bed four months ago, much less be called upon to post bail. He's got his hands full with a corporate merger that could make or break his career, but his honorable nature—and an overwhelming need to see her again—means he can't just leave her in jail. And when India reveals the truth about her pregnancy, Mike insists she stay with him until the baby is born.

India doesn't want to depend on him for anything, but their constant proximity stirs up feelings she can't ignore. She's never desired a family before and she knows a future with Mike isn't possible . . . but then along came love to shake up all her plans.

Along Came Love was abso-freakin-loutly adorable! It was such a fun opposites attract romance that had me riveted to the pages. If I had my way, I would have spent a good day with this book, sadly, work got in the way.

This was my first introduction to Tracey Livesay. I found this book through one of Kindle's gazillion book deals. It sounded adorable, so I bought it. And I'm so very glad I did. This is the second book in the Shades of Love series, and it may have been even better had I read Love On My Mind first. I know we meet both Mike and Indi in those books, so there is a chance I would have had a better grasp on both their characters if I started there. I didn't, however, and still enjoyed the book!

What I didn't Love

One thing I really appreciated was the conversation Indi and Mike had regarding what it would mean for Mike, a white man, raising a biracial child. It was poignant and an issue I'm not sure too many people would think about.

"You want to raise him, but you don't even realized what it'll mean." "What are you talking about?" A tiny cynical smile marred the perfection of her mouth. "Do you understand he won't be like you?" He narrowed his eyes. "Explain." "He'll be biracial. Half black, half white." "I know that," he said insulted by her insinuation. "But do you understand what that means? He may have some of your features, but superficially, he may not look like you. Are you ready for that? For the stares you'll get, the assumption that he isn't yours or that you adopted him? Will you be ready to answer his questions about why he looks different and how that makes him feel?"

I really enjoyed Along Came Love! I loved the characters, the dialog was so witty, and the romance made me blush! However, because of the whole thing between Mike, Skylar, and Indi (and the fact I almost DNFed because of it), I am dropping the rating down. It's one of those trope/plot points that just makes me angry and I don't want to deal.

That isn't going to stop me from grabbing the other books in this series. My TBR pile is now larger because I NEED to read the rest of Tracey Livesay's books. It's a priority. A necessity!

If you're a fan of pregnancy plots and opposites attract tropes, grab this book! You won't be disappointed!

"When a woman moves to a new city, one of the first things she does is get recommendations for a hairstylist and an ob-gyn. We only trust those body parts to exceptional practitioners.

She would never get tired of this feeling. Of receiving pleasure from this man and giving it in return. What would it be like to have access to these sensations any time she wanted?

Did getting turned on by a yoga session make him a pervert?

"No more running away from me. I'm in this for the long haul and we'll figure it out. Together."

"He moved closer to her. "I'll always take care of you." "I don't need you to." "I know. But taking care of you isn't a way to control you, and it doesn't mean I don't think you're capable of taking care of yourself. It just means I care about you and I want you to be safe." He paused. "Because I love you."